Skip to primary content
While in Charleston during the months of November and December, we enjoyed the time we spent with our first and only adorable grandson, Camden, holding him and admiring his beautiful little facial expressions, which we absolutely love and miss terribly.  We did take plenty of pictures and our daughter in law, Carolyn, is really good at taking constant pictures, and also… thank goodness for FaceTime.

We had not been there a week and it got really cold.  For the first time we had to use the yeti package (the heated blankets that wrap around the holding tanks and pumps on the RV), which we swore we would never use.  We learned how not to burn the tanks, how to turn on the furnace, and how to properly dress to keep warm.  Ashley, our youngest, flew in from Curaçao and stayed with us until after Christmas, while waiting to receive the appropriate residence permits for her to return to warm weather.  She then flew to New York City for New Year’s Eve and then on to Denver, where she learned to snowboard while having a great time with friends.

We spent Christmas Eve at Carolyn’s parents’ home and had a wonderful evening with the Battaglia Family and Jenny’s husband, Will’s family.  We felt fortunate and elated to have all the Lindstroms together. 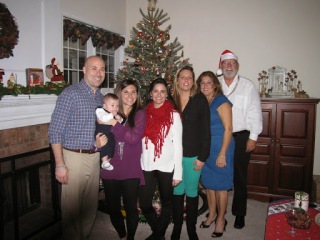 From left to right:  Randy, Camden, Carolyn, Katrina, Ashley, me and John 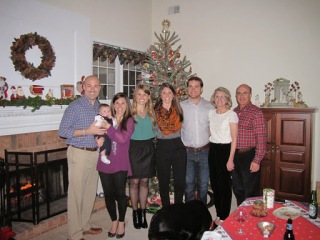 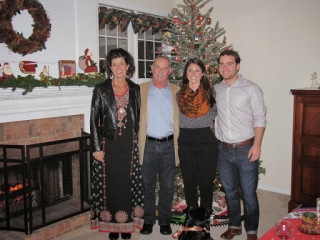 From left to right:  Cora and Rick Waterhouse, Jenny and Will Waterhouse

While in Charleston however, we did manage to eat at several fabulous restaurants, had plenty of steamed oysters (harvested in clusters and which I learned to shuck), walk the streets downtown and again admired Charleston’s beautiful architecture, went bar hoping in Folly Beach, befriended some wonderful people, took Jackson to several dog parks, and attended the Festival of Lights on James Island.  All in all we could not have had a better time. 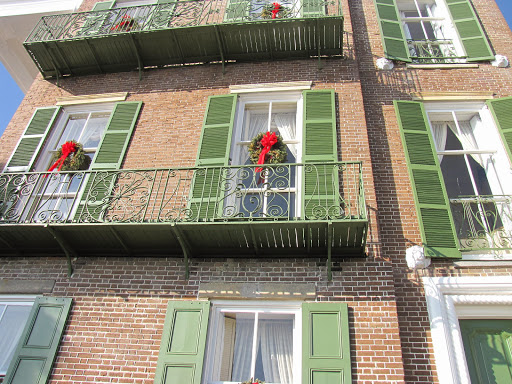 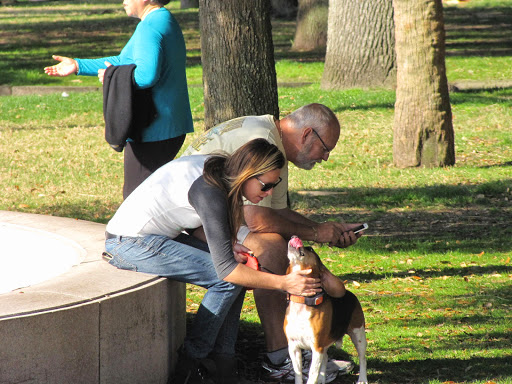 These pictures of the Ravenel Bridge were taken by Ashley. 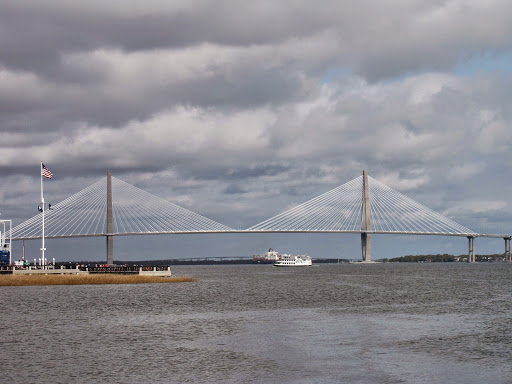 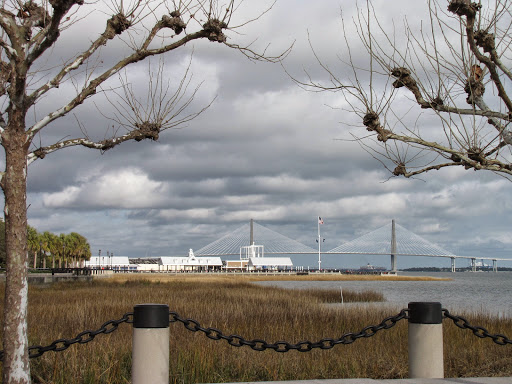 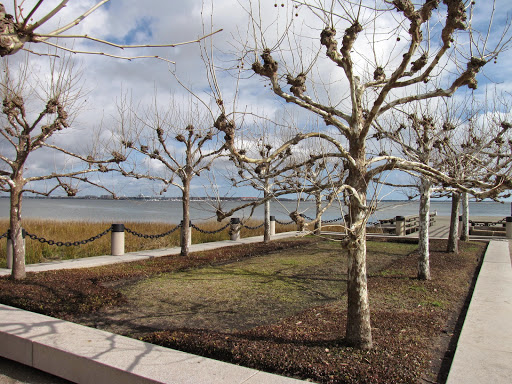 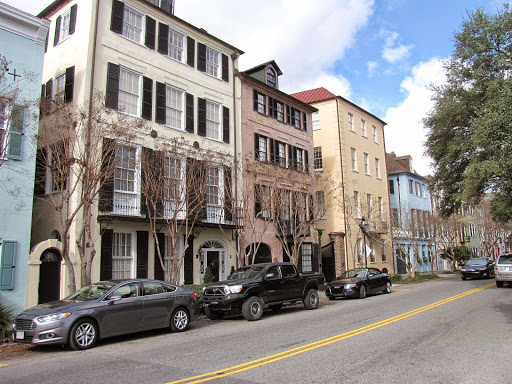 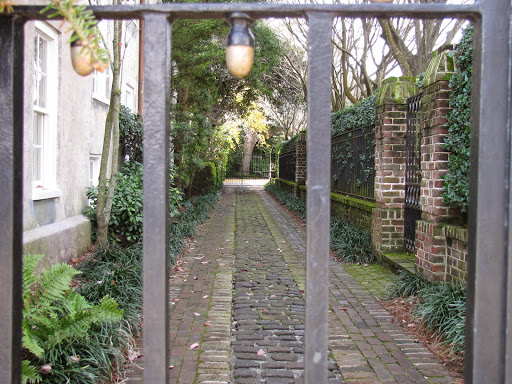 As many of you know, John is a third generation Miamian thus we had never given any thought to becoming snowbirds.  This year we were fortunate to secure a spot at Torrey Oaks RV Resort in Bowling Green, FL.  Right about now you are probably wondering where?  Well it’s a very small town near Avon Park, north of Wauchula, within 30 miles from Sebring and 45 minutes south of Lakeland.  Anyway, should you sneeze and happen to close your eyes, you could easily miss this metropolis.  Nevertheless, Torrey Oaks enjoys hosting many friendly people from both the US and Canada and holds more activities than any one person could do on any given day.  It is also surrounded by a golf course.  John has been encouraging me to learn to play golf and went as far as buying me a gently used set, so we will see how that goes, if nothing else, they appear to be excellent weapons. 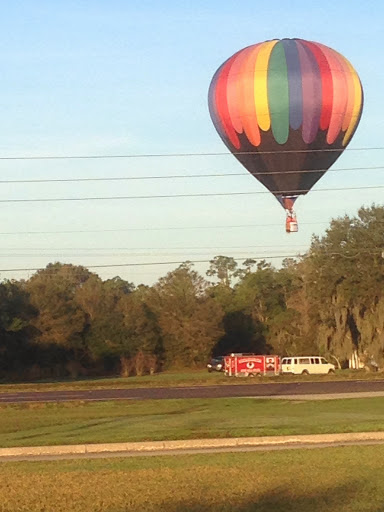 After seeing these balloons, I am really excited as Albuquerque is just going to be fabulous!

In the meantime, I’ve been busy doing aerobics, weights, learned some line dances and even learned to play pickle ball.  I have ridden my bike frequently, all while John played golf, golf and… well, did I say golf?  The park holds various theme parties and my favorite was the Pirates and Beggars dinner.  Many people dressed up as either pirates or beggars, acted as such and had an arghhh good time. We have also participated in group bike rides along nature trails, where all kinds of wildlife were just feet away from the trails.  We also went kayaking and canoeing on the Peace River.  Wow, Jackson has now been on a Cesna plane in Bar Harbor, ME; a ferry on the way to Martha’s Vineyard; on a gondola in New Hampshire; a pedicab in Provincetown, Cape Cod; and now, a canoe!  Literally, many humans have never been in as many modes of transportation as this lucky canine.


Torrey Oaks holds annual Can-Am games.  The games consist of all the sports usually played at the park by both Canadians v. Americans.  They use a funky scoring systems, but it works well.  it all begins with the Can-Am parade of golf carts.  All decked out with either Canadian or American paraphernalia.  To really begin in good form we passed out our version of bloody marys to the Americans participating and cesars for the Canadians.  Cesar is clamato juice in lieu of Mr. T’s or V-8 or even Zing Zang. 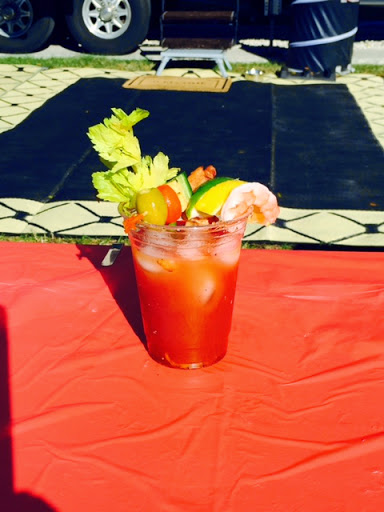 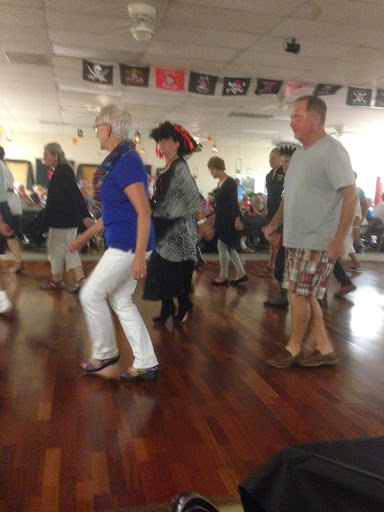 Biking at Circle B Ranch in Bartow

Canoeing/Kayaking down the Peace River 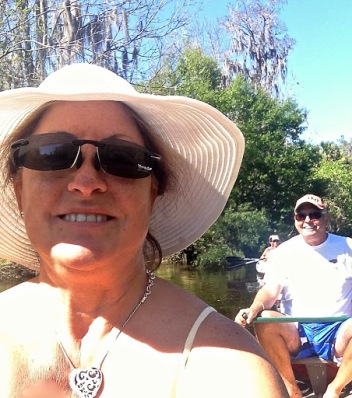 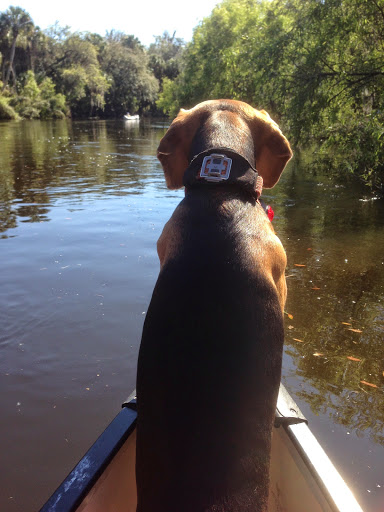 Jackson has received much attention ever since “Miss P” won the Westminster.  So I am a proud mommy to have the #1 breed of the year.  LOL.  On a serious note, he has lost six pounds, 1 more to go.  (I just may start nibbling on his food, as it is working so well for him.  Haha)  Jackson enjoys running alongside the golf cart, which we rented during our two month stay at Torrey Oaks, although he much prefers to ride.  Lazy dog.

The ladies at the park enjoyed attending a ladies’ luncheon held at Streamsong.  For those of you who may not be aware, Streamsong happens to be an upscale golf resort, even more hidden than Bowling Green.  It has two golf courses, both of which rate in the top 25 in the country, fabulous restaurants and even a helipad.   Streamsong was built by Mosaic on a former phosphate mine and it is surrounded by huge man-made dunes, which only adds to its beauty.  I think the hotel looks a bit like a conference center, but the lobby was built in the shape of a leaf and its ceiling is absolutely beautiful.  We had the pleasure of having dinner with friends at Fifty Nine, located at Streamsong’s clubhouse.  We enjoyed the most amazingly tender and delicious steaks in who knows how long.
Streamsong Hotel:

Views from the rooftop bar 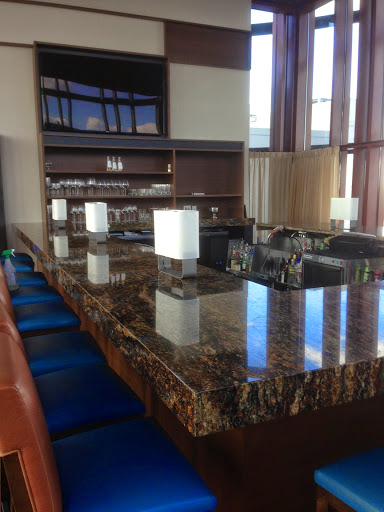 Back at Torrey Oaks (the other side of the tracks, lol), we frequently enjoyed the luxury of having our very own chef who cooked delicious breakfasts, lunches and dinners.  The dinners were followed by dancing to the music played by an excellent DJ.  All this for less than what a burger, fries and soda would cost at a local eatery.
For those and many more untold reasons, we opted to again winter here and embrace being the snowbirds we now are, after all, nowhere else in the country is winter more pleasant than right here in our beautiful state of Florida.  To all our friends at Torrey Oaks, we will return mid-November and resume our nomadic lifestyle around mid-March.
We will be hanging around Florida until the end of March when we will go to New Orleans and north from there.  Stay tuned as the ride has only begun!